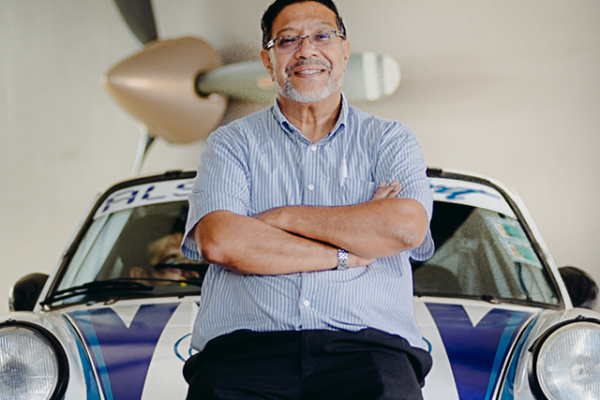 Upon completion of high school in 1974, Arshad joined Ryce Motors as a Workshop Supervisor and left as a Workshop Manager in 1976. He operated his own business at imported rally car parts and aircraft parts for sale from 1976 to 1989. Thereafter, he trained in Japan with KIT service for the Subaru Motor Sports Group of Japan. On return to Kenya, he managed the Subaru Rally Team of Japan during the World Rally Championship (WRC) rally that took place in Kenya.

Arshad joined Aircraft Leasing Services Ltd as a Director and General Manager when the Company was formed in 1990. During this term, in 1997, he completed Type courses on the Beech 1900, King Air and Cessna 208 type of aircraft and is a holder of an FAA Aircraft Mechanics License. He has been the Technical Director of ALS Ltd from 1999 to-date.

Arshad’s other interests include Motor Sports, driving and restoration of classic sports cars.  He started rallying in 1973.   He has been the Team Manager for the Subaru Rally Team of Japan.   He has co-driven with Aslam Khan, ALS Chairman/Managing Director in the East African Classic Rallies in 2011 and 2013; and won the Classic Cars Cup in 2003, 2011, 2013 & 2015