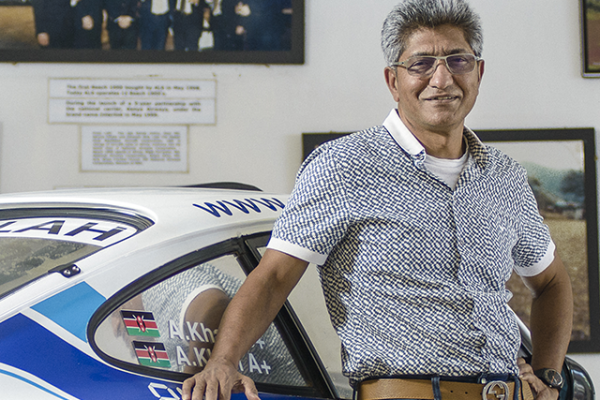 Upon graduating high school in 1970, Aslam joined Kenya Air force as a cadet pilot and completed office training at Armed Forces Training College in Lanet and also trained in flying at Eastleigh Kenya Air Force Base leading to him obtaining the ‘wings’ in 1971. While at the Kenya Air Force, between 1970 and 1976, Aslam attended various courses including a three months course at Officers Cadet Training Unit with Royal Air Force at Henlow. During his short service commission at the Kenya Air force he flew Chipmunks, Beavers and Caribous.

Between 1976 when he left the military service and up to 1977, Aslam was in the general aviation industry working with charter companies based in Mombasa but primarily flying tourists out to the game lodges. He then joined East African Airways in 1977 and on break-up of the East Africa Community was absorbed into Kenya Airways where he flew Fokker Friendship, DC9, Boeing 707 and Airbus. In 1992, Aslam formed Aircraft Leasing Services as the Managing Director and during the past two decades, he has transformed the operations of the ALS Limited from piston engine propelled aircrafts to Beech 1900s, Caravans, King Airs and Dash 8’s flying for relief contracts.