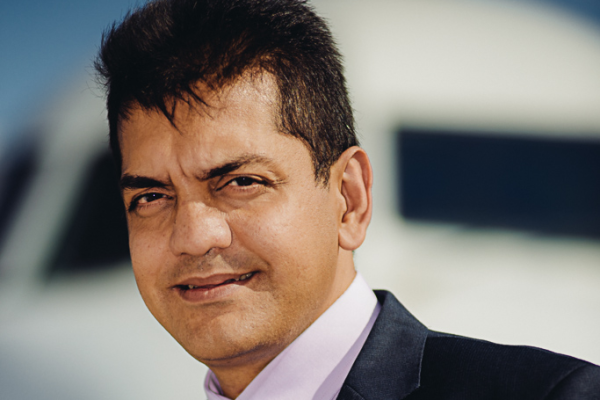 Shakeel is a young and dynamic executive holding a Masters Degree in Business Administration (Entrepreneurship) from the University of Liverpool.
He embarked on his professional journey with Kingsway Motors Ltd. in 1996 as a Sales Executive and progressed to Sales Manager, reporting directly to the Chairman of Kingsway Group of Companies. He left Kingsway at the end of 2003 and proceeded to pursue a career in aviation. He obtained his Private Pilot’s License in 2004 and later joined ALS Limited in the same year in the Operations Department.
Shakeel brought with him a wealth of sales experience and marketing skills to ALS and progressed to the position of Operations Manager, after which he moved up to be the Commercial Director. The Commercial department was formed under his leadership and grew from three aircraft on contract in 2004 to fifteen aircraft on contract. Having held the position of Commercial Director for 3 years 10 months, in 2015 he was promoted to the position of CEO which he currently holds.
During his tenure as the CEO he has achieved major milestones for ALS which include and are not limited to; securing new contracts despite constraints and cutbacks by our clients; ensuring ALS passed its financial and management audits; increasing the existing fleet of aircraft; and actively engaging and improving staff welfare issues, but to mention just a few.
Shakeel has a strong vision for ALS which he continues to pursue with support from a committed and dedicated team.